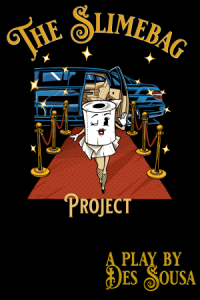 Have you ever wanted to make your own feature film, but had no idea where to start? Pitcher is in the exact same situation. She even knows a Venture Capitalist with connections who might be able to help.

The only problem is, Pitcher refuses to listen to his advice, so the VC thinks of her as a Slimebag.

But when her father falls terminally ill, Pitcher finds her big break. At the local film festival (which is run by her wayward aunt and the Devil himself), she manages to meet, and insult, a ragtag group of filmmakers who she somehow manages to recruit into her team.

Unfortunately, that team includes the arrogant critical darling, Maya. Maya listens even less than Pitcher, and now the project looks like it might have a new vision.

Can Pitcher and her dying father save The Slimebag Project before it’s too late?

WARNING: This script may contain traces of a walking roll of toilet paper and the ghost of Ed Wood Jr.

The paperback is available from Totem books and other great booksellers. 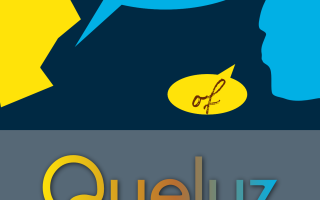